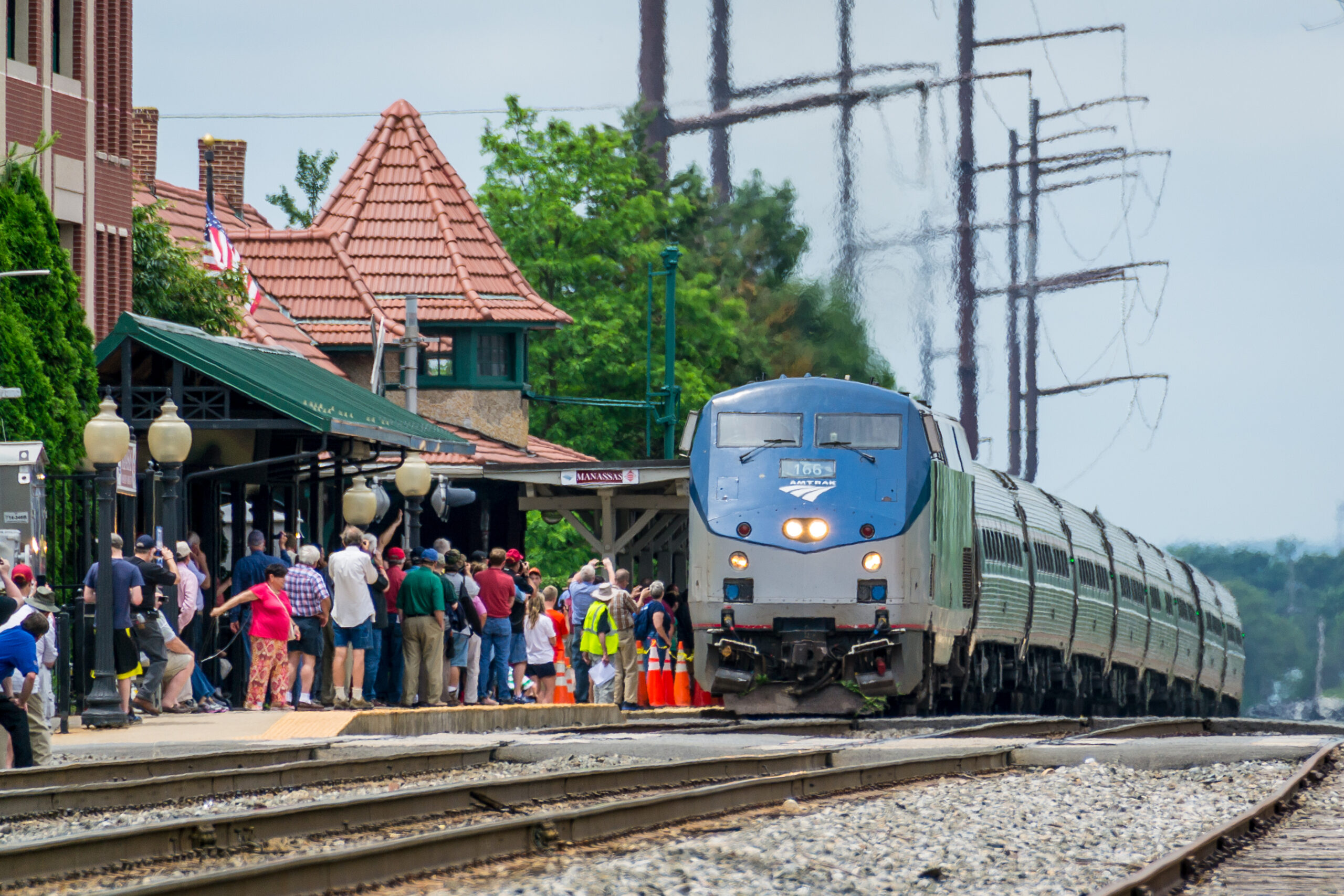 On the way: Second Round Trip to Roanoke, Expansion into New River Valley

“Transforming Rail in Virginia is an investment not only in our rail system, but also in the residents and businesses along the corridor and in the New River Valley,” said Governor Ralph Northam. “Together with our partners at Norfolk Southern, we are making essential improvements that modernize our transportation infrastructure and connect communities across the Commonwealth. We look forward to continuing this important work to help move people and goods efficiently, reduce congestion and pollution, fuel tourism, and drive economic growth.”

An historic investment in Southwest Virginia’s rail network, the Western Rail Initiative will add a second state-supported round-trip train between Roanoke and Boston later this year, which will be extended to the New River Valley upon completion of a new station, track and signal improvements. The agreement also allows for a third train to operate in the future between Roanoke and the New River Valley. The expanded intercity rail service, which will create significant economic benefits and provide additional multimodal options for travelers along the Interstate 81 and Route 29 corridor, is expected to add approximately 80,000 new passengers in the first year after service is extended to the New River Valley. Further, the agreement preserves the existing freight rail service provided on the lines – helping to move the goods and materials for the Commonwealth’s economy.

In addition, the Commonwealth will invest in infrastructure improvements between Manassas and the Roanoke Yard to improve the reliability of passenger rail service over Norfolk Southern Railway-owned right-of-way.

The acquisition and infrastructure improvements are partially funded by contributions from the I-81 Corridor Multimodal Improvements Fund, Commonwealth Rail funds, and the General Assembly’s 2021 Transportation Initiatives. The Commonwealth anticipates reaching financial close with Norfolk Southern in mid-2022.

On May 5, 2021, Governor Northam announced in Christiansburg that the Commonwealth reached an initial agreement with Norfolk Southern to expand passenger rail service from Northern Virginia to Southwest Virginia. The finalization of the agreement announced today represents a major milestone that will allow construction to advance on significant rail infrastructure projects along the corridor between Manassas and the New River Valley, resulting in more frequent and more reliable passenger rail service.

“This agreement with the Commonwealth of Virginia is a great example of government and business partnership,” said James A. Squires, Chairman and CEO of Norfolk Southern. “Together, we have created a path forward to increase passenger rail service and ensure that freight rail customers continue to move the goods that power our economy. Importantly, this will yield economic dividends from Northern to Southwest Virginia, both through the necessary infrastructure improvements and additional use of the rail lines.”

“The Commonwealth’s historic investment in this region’s passenger rail network is a significant milestone in our commitment to elevating the economic competitiveness of Southwest Virginia,” said Secretary of Transportation Shannon Valentine, who led the legislative effort to launch the first state-supported passenger train anchored in Lynchburg. “This cooperative agreement builds on the highly-successful passenger rail service in the corridor and enhances vital connectivity to the New River Valley with the rest of Virginia, adding additional transportation options for the region’s residents, tourists and college students alike.”

Amtrak regional daily service in Southwest Virginia began in October 2009 with one round trip between Lynchburg and Washington, DC. During the first year of operations, ridership outperformed forecasts by more than triple. In November 2017, the Commonwealth expanded service to Roanoke, and, prior to the COVID-19 pandemic, the route was one of the most profitable intercity passenger rail routes in the country.

Based on this proven success, the Commonwealth is strategically investing in additional passenger rail service along the corridor and to Southwest Virginia. Like the current state-supported Roanoke train, the second train, for which service is expected to commence in 2022, will serve Alexandria, Burke Centre, Manassas, Culpeper, Charlottesville, Lynchburg, and Roanoke and travel to and from Washington, DC, and Amtrak’s Northeast Corridor. Finally, the agreement acknowledges the potential for a future station in Bedford.

“VPRA was designed specifically to own and acquire rail infrastructure across the Commonwealth that aligns with Virginia’s transportation goals and policies to advance Virginia businesses, attract a 21st century workforce, and promote healthy communities where Virginians of all ages and abilities can thrive,” said Jennifer Mitchell, VPRA Board Chair. “We value our partnership with Norfolk Southern and look forward to implementing this agreement with them to improve and expand passenger rail service.”

The Commonwealth’s Transforming Rail in Virginia initiative is a path to connecting our communities and increasing economic opportunities through strategic investments in rail. The Commonwealth is advancing capital improvement projects, including the new Long Bridge across the Potomac; acquiring railroad track and right-of-way to provide more rail capacity; expanding high-quality, modern passenger rail service across the Commonwealth by making it more frequent, reliable, and convenient; and providing additional choice in moving people and goods efficiently across Virginia while accommodating growing travel demand. The initiative is expected to grow Virginia’s economy by more than $2 billion annually. For more information regarding Transforming Rail in Virginia, please visit www.vapassengerrailauthority.org