COMING SOON!
Stay up to date with project news

The Alexandria Fourth Track project will design and construct 6.0 miles of a fourth railroad track and related infrastructure between Arlington, VA, and Alexandria, VA. The project will connect the southern end of the Long Bridge Project and will construct one additional track within existing railroad right-of-way to accommodate more railroad capacity between Northern Virginia and the District of Columbia. At the AF Interlocking, on the southern end of the project limits, three tracks from the Virginia Railway Express’ (VRE) Fredericksburg Line and two tracks from the VRE Manassas Line converge into three tracks, causing a bottleneck. The existing tracks will be shifted to accommodate station and platform improvements planned by VRE for the Alexandria and Crystal City passenger stations, and will construct new tracks, and increase the efficiency of train operations in the corridor.

The Alexandria Fourth Track project is a collaborative effort—VPRA will lead the project. Project partners include CSX Transportation (CSXT), VRE, Amtrak, and the Virginia Department of Transportation (VDOT). The project is in the final design phase and has been granted a $45 million FASTLANE grant from the Federal Railroad Administration (FRA), who will provide oversight on the general engineering review and coordination as final designs are developed and during construction.

The construction of Alexandria Fourth Track will improve the efficiency and reliability of rail operations to support the planned growth of freight, passenger, and commuter rail traffic in Northern Virginia and the southeastern United States. The project establishes an initial two-track corridor for both freight and passenger service. When integrated with the planned Long Bridge construction and four-track corridor through Washington, DC, the Alexandria Fourth Track will create the opportunity to separate freight and passenger rail service. 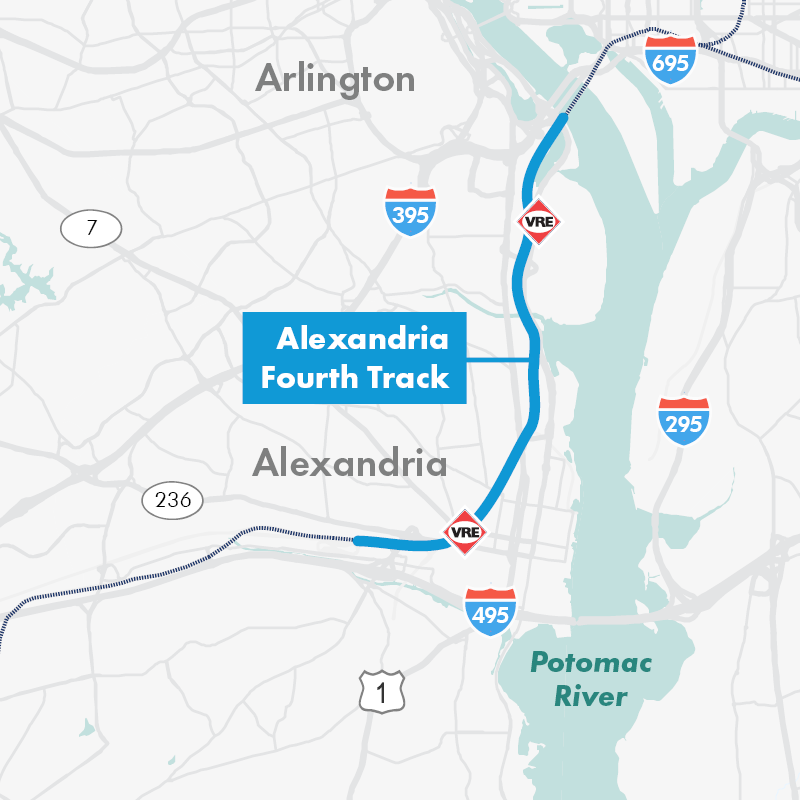